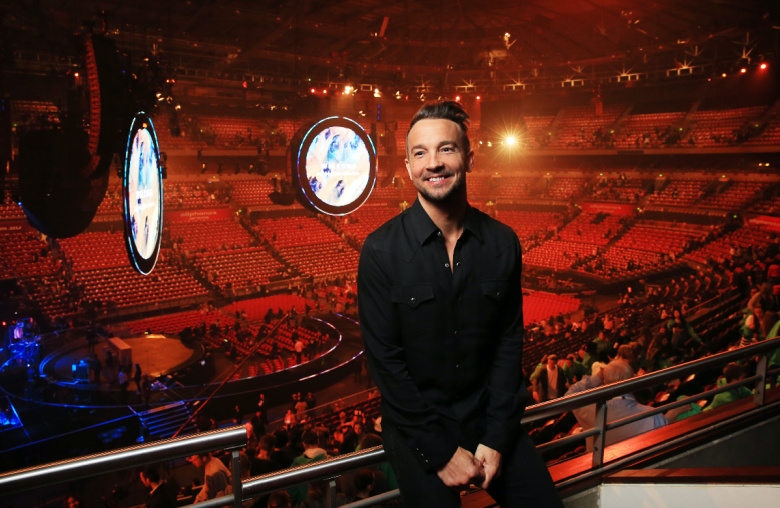 For the first time in nearly two years, Carl Lentz, former pastor of Hillsong New York, recently shared an update. “It’s been a challenging road but we are alive, we are at peace and thanks to the grace of God we are TOGETHER,” he posted on social media alongside several family portraits.

That day, his wife posted the same photos. Laura Lentz said that the couple has reinvested in their marriage, despite her husband’s affair—and what other church leaders later called “moral failures”—that led to Lentz’s firing from Hillsong in 2020. “I look forward to sharing our story … and I think it’s going to help a lot of people,” she wrote. She expressed gratitude that Carl “humbled himself” and “has kept quiet” publicly.

Despite increased pressure post-#metoo for public figures to permanently leave the spotlight, it’s surprisingly easy to return to it. Louis CK is currently on another comedy tour. Bill O’Reilly started his own news site shortly after Fox fired him. Kevin Spacey has a couple of smaller films set to release. Bill Clinton never really left the spotlight, nor did Donald Trump. Anthony Wiener is back with a podcast. Barring jailtime, if you have enough fans and financial backing from well-networked friends, you’ll find that the path back to prominence is pretty straight.

But disgraced Christian leaders arguably have an even easier time returning to the spotlight than do their mainstream counterparts. That’s because Christians—their primary supporters and audience—believe in grace and forgiveness. That’s kind of their whole thing. Many evangelicals can’t resist a charismatic leader with an amazing redemption story to share or sell.

Christians believe that all people “fall short of the glory of God,” and are offered forgiveness through Christ’s sacrifice on the cross. Therefore, Christians are told to forgive others as God in Christ has forgiven them. Given how much grace God has given to each of us, who are we not to show grace to public figures who mess up? Further, if God can use a murderer and adulterer like King David to accomplish God’s purposes in the world, then surely God can use messed-up pastors to grow the church.

Because of a default posture of grace, some Christians stay loyal to unhealthy and abusive leaders—even when the leader has never confessed to wrongdoing or made amends to people he has hurt.

For example, after being ousted from Mars Hill Church in Seattle for ungodly leadership in 2014, Mark Driscoll refused to submit to elders’ proposed two-year restoration plan. Instead, he relocated to Scottsdale, Arizona, to start Trinity Church. The domineering and arrogant patterns that capsized Mars Hill have, somewhat predictably, taken root at Trinity. Yet Driscoll continues to teach, write self-published books, and speak at conferences hosted by other pastors.

Likewise, Ted Haggard resigned as pastor of New Life Church and president of the National Association of Evangelicals in 2006, after eventually admitting to meeting with a male sex worker and purchasing meth from him. In 2010, he founded Saint James Church not far from New Life. His wife, Gayle, published a book in 2010 titled Why I Stayed. This summer, Haggard was accused by two men at the church of having touched them inappropriately and of using methamphetamine. In response, Haggard says he won’t step down and that, while he has “fallen short of the glory of God,” he’s never had any complaints from customers of his side job as a Lyft driver.

In 2019, James MacDonald was disqualified from leading Harvest Bible Chapel after elders found him to be domineering, quarrelsome, and prone to extravagant spending using church money for personal benefit. The next year, he launched a new online ministry and home church network. His son, Landon MacDonald, former executive pastor of student ministries at Harvest, was recently selected to lead an Arizona megachurch despite allegations of verbal and spiritual abuse while on staff at Harvest.

In these and other instances, leaders reestablished credibility from other pastors as well as members who believed they weren’t too far gone to be used by God. Common responses are captured in the public reaction to Carl Lentz’s recent Facebook post.

“God is in the business of restoration. Great things are ahead for you,” someone posted. Another wrote, “God always makes beauty out of ashes.” One commenter wrote, “We all make mistakes in life but it’s God grace that helps us heal and overcome.” Still another said, “I absolutely love this. Warms my soul. Divine comebacks.”

In this kind of church culture, the rejection or acceptance of a leader’s “divine comeback” becomes a test of the Christian’s understanding of grace. Those who accept it are the Christians who get it. Those who express concerns are just being critical, gossips, believing the worst about others, or part of Satan’s plan to prevent God’s kingdom plans from unfolding.

Christians who cheer on a charismatic leader’s quick return to the spotlight—without inquiring about his efforts to take responsibility for past failures or abuses—may be naïve about the power dynamics at play. Writing about former Liberty University president Jerry Falwell Jr., Elizabeth Spiers noted that “evangelicalism has built-in insurance for reputational damage … the worst sins make for the best redemption stories.” Donald Trump arguably banked on that built-in insurance in the past two presidential elections, getting many evangelicals to embrace him despite decades of greed, various falsehoods, marital infidelity, and bragging about sexual assault. After all, said Falwell in response to the Access Hollywood tape, “We’re all sinners.”

This is true enough, and many evangelicals embraced Trump for pragmatic gains rather than moral modeling. But on the question of whether one is fit to lead a church, it’s the wrong answer. It’s like saying that a doctor should return to the hospital after a malpractice case because “we all get bruises.” For just as the New Testament speaks of grace, it also speaks of specific qualifications for pastoring God’s people. It warns of false teachers and shepherds who will devour the sheep. Every time a Christian community cheers the return of a fallen leader without asking about the people they hurt, they’re telling the maimed sheep that they better look for another pasture in which to bind up their wounds.

What’s more, the quick deployment of grace is not actually very loving to the fallen leader. In The Cost of Discipleship, Dietrich Bonhoeffer warned about “cheap grace.” He called it “the preaching of forgiveness without requiring repentance … absolution without personal confession. Cheap grace is grace without discipleship, grace without the cross, grace without Jesus Christ, living and incarnate.”

Cheap grace prevents a fallen leader from experiencing authentic confession and repentance. Confession and repentance take time—certainly an uncomfortable length of time for anyone accustomed to the spotlight. It takes the conversations and confessions of wrongdoing to specific people who were harmed and who may not welcome a breezy chat over coffee. For leaders who are used to calling the shots, it requires a posture of learning and listening, a stripping away of social power. Chuck DeGroat, a spiritual formation expert and author of When Narcissism Comes to Church, recently noted that he advises some fallen pastors to step out of the spotlight for 10 years—as a gracious response to failure. He said very few choose to walk that road.

If a narcissistic or abusive leader continues to find supporters and backers, it seems there’s very little the rest of us can do. The Driscolls, Haggards, and MacDonalds of the world will keep cropping up with their own little kingdoms, while the people they’ve harmed continue on as the walking wounded. But one thing contemporary Christians can do is ask for a better story than one of easy redemption—especially one that justifies a quick return to the spotlight.

As for Carl and Laura Lentz, I’m not a betting woman, and I can’t speak to their personal lives or transformation off the screen and the stage. But I’ve seen enough to wager that Carl will announce a return to church ministry within six months, and that he and/or Laura will announce a book detailing their experience within a year. Call it the art of the evangelical comeback.

Katelyn Beaty is author of the book Celebrities for Jesus: How Personas, Platforms, and Profits Are Hurting the Church, and editorial director of Brazos Press. Learn more at KatelynBeaty.com.