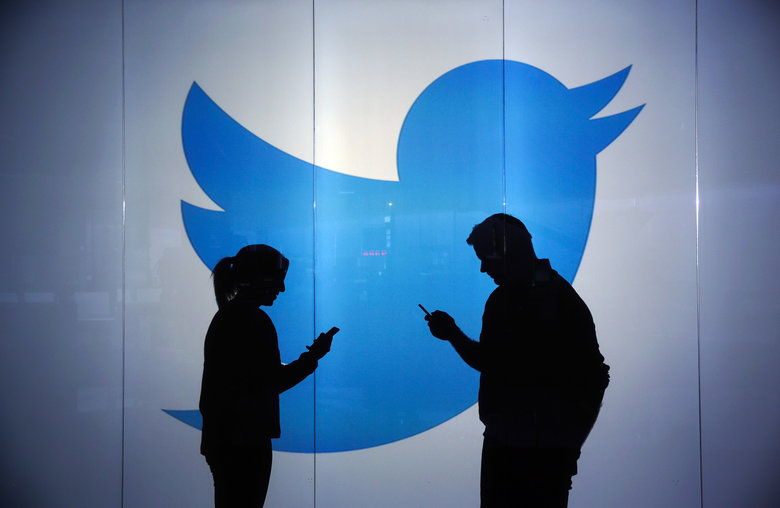 I left evangelicalism in 2005 after years of struggling with my church’s stringent theology and narrow approaches to politics. In a matter of months, I went from having an expansive network of church brethren who claimed to love and support me to living in social and emotional exile. As one of the youth ministers at my church, I was used to playing the role of moral exemplar and community leader. Soon, I became persona non grata—the guy my former evangelical kin would awkwardly ignore in the coffee shop or at the grocery store. This experience led me into a deep sense of isolation. I didn’t yet know how to navigate the world outside of the strict evangelical bubble in which I’d spent my teenage and young adult years, but my crisis of faith meant I could no longer exist in the evangelical movement. To make matters worse, I could find no community of fellow deconverts for me to join—no support group with which to work through the conflicting feelings of guilt, freedom, sadness, and hope. Leaving the church meant being alone.

History is rife with evangelicals like me who have grown disenchanted with their born-again faith. When the passion of piety flames out, converts are too often left to wander in the wilderness, lacking the ready-made community that their prior churches offered. But things are changing. Recently, those who have left evangelicalism have begun organizing themselves online under the hashtag #exvangelical. Spurred on by white evangelical support for Donald Trump, the #exvangelical movement is providing the type of group I, and so many other ex-evangelicals, longed for during our deconversion process: a welcoming community that helps the disenchanted work through the process of deconversion. But #exvangelical isn’t just a support network. It’s an activist movement full of individuals trying to reshape the political and moral narrative surrounding evangelicalism by subverting its claims to moral and patriotic authority.

CBS recently aired “Deconstructing My Religion,” a documentary centered on the stories of the figures who started and have worked to sustain the #exvangelical movement. Liz Kineke, one of the show’s producers, explained in an email why she thought this story was so important. “Evangelical subculture is not well understood by those of us who grew up outside of it,” she wrote. “So much of what has been reported looks at white evangelicals’ unwavering support for Trump, but there hasn’t been much on those who left the movement, what triggered it and why they feel it’s important to speak publicly about it.”

In addition to highlighting the life and work of Linda Kay Klein, whose recent memoir Pure examines the effects of evangelicalism’s purity culture on young women, the documentary focuses on Blake Chastain, Christopher Stroop, and Emily Joy—three of the most active and visible figures in the #exvangelical community.

Blake Chastain started the #exvangelical hashtag in 2016. Chastain grew up in a strict conservative evangelical community and felt a call to ministry during high school. During his first year of college at Indiana Wesleyan University in 2001, his religious and political views began to change. Some of his doubt formed in reaction to the invasion of Iraq and the way evangelicals supported George W. Bush’s hawkish policies. After a prolonged period of questioning, Chastain left evangelicalism. He now attends an Episcopal church, though he identifies as an “agnostic to some degree.”

As he told me in an email, he began tweeting under #exvangelical in order to create “a safe space for people to find solidarity with others who have gone through similar experiences.” This is why he also started the Exvangelical podcast: “I was primarily motivated to understand why so many of my friends and colleagues from Christian colleges were no longer evangelical. What were the reasons for us leaving? I wanted to explore that in depth, and the best way to do that seemed to be by having longform conversations.”

The podcast now gets about 13,000 downloads a month. In Chastain’s words, it’s meant to boost the stories of those who have left the movement, because, “letting people know that they are not alone is an incredible comfort.” It is now the de facto hub for the broader #exvangelical community—a platform where Chastain interviews authors, bloggers, activists, and academics who share their experiences of leaving the faith and provide perspective for those working through what he calls their own journey of “deconstruction,” the process of breaking down one worldview in order to erect another.

Though he recognizes that the reasons for leaving are always unique and personal, after almost 100 episodes of the podcast, it is clear to him that crises of faith, along with experiences of misogyny, homophobia, and racism, are the main reasons people exit the evangelical movement. These experiences were exacerbated by white evangelical support for Trump in the 2016 election. Thus, according to Chastain, it’s no coincidence #exvangelical as an online movement formed in the wake of the election.

He put it this way: “I think this is certainly the case for many white evangelicals in particular, who had perhaps thought that their faith leaders and communities would not embrace such a brashly xenophobic, racist, misogynistic, and resolutely and unapologetically immoral man like Donald Trump as president.”

If Chastain is the movement’s shepherd whose podcast provides a cathartic space for ex-evangelicals to work through the process of deconversion, Chris Stroop is #exvangelical’s prophetic voice. The election of Trump induced, as Stroop told me, a “retraumatization” that has led him on a mission to change the narrative surrounding white American evangelicalism. Instead of viewing this religious group as a kind of national moral compass filled with pious patriots, Stroop argues we should see them as an insidious religious and political force.

After receiving his doctorate in Russian history from Stanford University, Stroop began writing about his experiences in evangelical subculture. He also has an uncanny knack for launching viral hashtag campaigns. He started #emptythepews, which called for an exodus from evangelical communities in light of their support for Trump; #Christianaltfacts, which he writes highlights the way “enclave communities” like conservative churches demand adherence to a set of absolute truths “meant to oppose and undermine credible science and scholarship that threatens the fundamentalist worldview”; and most recently #exposechristianschools, which he launched after news broke that Karen Pence, wife of the Vice President Mike Pence, is working at a private Christian school with anti-LGBTQ policies.

“Those who associate with #exvangelical on Twitter are going to be in the vast majority of cases liberal to left. People who were harmed by patriarchal politics because we were queer, women, people of color,” Stroop told me in an interview. “This means that being an ex-evangelical is inherently a political position.”

Stroop’s activism highlights an important point: Ex-evangelicals hold a singular potential for undermining evangelical politics. Those who associate with #exvangelical are not leftist outsiders with no real experience within the subculture. They are former insiders who testify to what they see as the traumatizing effects of living under evangelicalism’s patriarchal, heteronormative, and racist norms. As Stroop wrote for Playboy last June: “When Christian nationalists are in power and perpetrating horrors, we should oppose their dominionism not with a different reading of the Bible, but with a robust defense of pluralism and secularism.”

Stroop’s call to ideological battle brings to mind the research of sociologists of religion Alfredo García and Joseph Blankholm who investigated what motivates people with no religious affiliation to join “nonbeliever” organizations, such as the American Humanist Association, American Atheists, or the Secular Student Alliance, for the purposes of “community, identity, and political collectivity.” What they found through a national survey is that in any given county in the United States, “it is actually the percentage of evangelical Protestants in a county that is statistically significant in predicting the presence and number of nonbeliever organizations.” In other words, when nonbelievers feel threatened by the presence of conservative religious groups, they organize in opposition.

Of course, #exvangelicals are not the only former evangelicals who have come to reject the evangelical label. Well-known conservative Christian writers who have been consistent critics of Donald Trump, such as Michael Gerson and Peter Wehner, have come to question—and have eventually rejected—both the label “Republican” in its current iteration and “evangelical.” Other Christians of a more progressive variety, from Bishop William Barber and the Rev. Traci Blackmon to up-and-coming writers like Guthrie Graves-Fitzsimmons, persistently remind audiences that “evangelical” does not equal “Christian,” and that many Christians have very little in common with their evangelical counterparts. As for #exvangelicals, while some still identify as Christian, and others have migrated into other religious traditions, they are united by their negative experiences within evangelicalism and their opposition to its cultural and political influence.

Overall, #exvangelical is a community formed from collective trauma. The movement is diverse in the sense that it is populated by atheists, agnostics, progressive Christians, and any number of other religious or nonreligious people. However, the question as to whether the movement will be predominantly white, and fronted by men, remains open. For instance, all of those highlighted in the CBS documentary are white. That doesn’t mean there are no people of color participating in, and leading, the rise of #exvangelical. Tori Williams Douglass, who tweets under the handle @Toriglass, is a prominent member of the community who foregrounds the intersection of racism and conservative religion in her work. Her activism highlights the intersection of trauma involving racism, evangelical purity culture, and institutional authoritarianism.

However, the question of representation is perhaps the most crucial one for the future of the #exvangelical movement. #MeToo and #NeverAgain and other social movements formed from trauma have had to reckon with questions of whose stories are centered and why. As it gains influence and numbers, #exvangelical will continue to face similar questions. Evangelicals of color have also been traumatized by their religious community’s response to the election of Donald Trump. But Janelle Wong, author of Immigrants, Evangelicals, and Politics in an Era of Demographic Change, told me in a recent interview that she finds young people of color staying in their evangelical communities even if they disagree with some doctrinal aspects of their communities. “They are finding space to stay,” she said.

While #exvangelical began as an online community, Chastain, Stroop, and others have organized in-person events and roundtables for the exvangelical community. They would like to continue to take their organizing off-line in order to strengthen the social bonds of those who identity with the movement and reach those who are not on engaging through social media.

For now, it seems important to recognize that there is a new force organizing in opposition to the most powerful religious group in American politics, one that refuses white evangelicalism’s claim to morality on the basis of their own experiences. As self-exiles who identify as survivors, not backsliders, #exvangelicals thus occupy a uniquely subversive position in relation to conservative Christianity, one that the Religious Right has yet to encounter and whose potential is just coming to light.

Bradley Onishi is associate professor of religious studies at Skidmore College and the co-host of the Straight White American Jesus podcast.